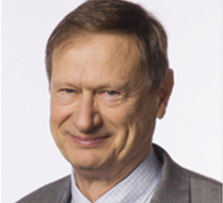 Dr. Hayes is a toxicologist with experience in industry and academics. He holds appointments at Harvard University as a Visiting Scientist and the School of Public Health, University of Massachusetts, Amherst as a Research Professor, Michigan State University as an adjunct Professor and as a Senior Science Advisor to Spherix Consulting. Previously, Dr. Hayes held the position of Vice President and Corporate Toxicologist for RJR Nabisco with responsibility for all regulatory and toxicology issues related to the safety of ingredients and food contact substances for food and drink products worldwide. Subsequently, as Corporate Vice-President of Product Integrity at the Gillette Company, he had management responsibility for the safety evaluation and regulatory compliance of a variety of consumer products, plant safety, environmental stewardship, and quality control.